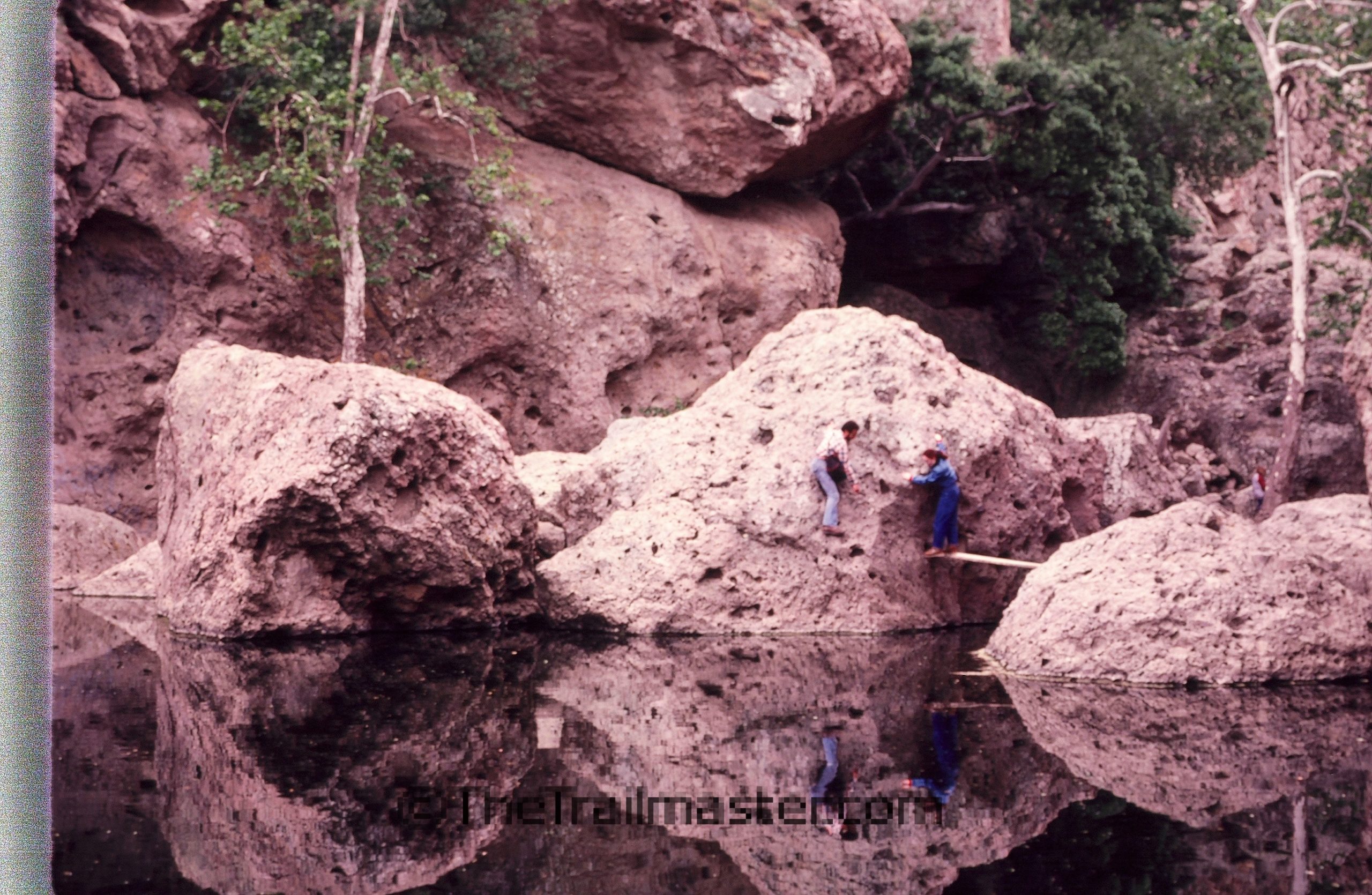 Before land for Malibu Creek State Park was acquired in 1974, it was divided into three parcels belonging to Bob Hope, Ronald Reagan and 20th Century Fox. Although the park is still used for moviemaking, it’s primarily a haven for day hikers and picnickers.

Today the state park preserves more than 7,000 acres of rugged country in the middle of the Santa Monica Mountains.

The trail along Malibu Creek explores the heart of the state park. It’s an easy, nearly level walk that visits a dramatic rock gorge, Century Lake and several locales popular with moviemakers.

Fans of the long-running TV show, M*A*S*H, will enjoy making the pilgrimage to the site where so many episodes were filmed. Some rusted vehicles, interpretive panels, a picnic table and helicopter pad are at the site. The prominent Goat Buttes that tower above Malibu Creek were featured in the opening shot of each episode. 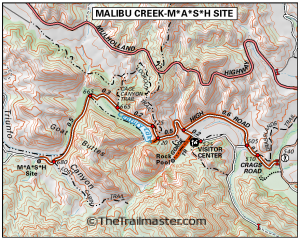 From the parking area, descend a staircase near the restrooms at the western edge of the parking lot. Cross a small bridge, passing signs marked “Backcountry Trails.” Crags Road soon forks into a high road and a low road. Go right and walk along the oak-shaded high road, which makes a long, lazy left arc as it follows the north bank of Malibu Creek. You’ll reach an intersection and turn left on a short road that crosses a bridge over Malibu Creek. 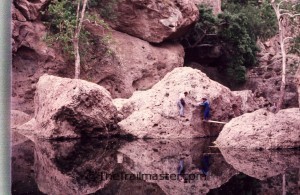 Moviemakers and hikers are two groups who appreciate the beauties of Malibu Creek.

Gorge Trail is well worth a detour; follow it upstream a short distance to the gorge, one of the most dramatic sights in the Santa Monica Mountains. Malibu Creek makes a hairpin turn through 400-foot volcanic rock cliffs and cascades into aptly named Rock Pool. The Swiss Family Robinson television series and some Tarzan movies were filmed here, as were a number of scenes from the “Planet of the Apes” series of flicks.

Retrace your steps back to the high road and bear left toward Century Lake. As the road ascends you’ll be treated to a fine view of Las Virgenes Valley. When you gain the crest of the hill, you’ll look down on Century Lake. Near the lake are hills of porous lava and topsy-turvy sedimentary rock layers that tell of the violent geologic upheaval that formed Malibu Canyon. A side trail leads down to the lake which was scooped out by members of Crag’s Country Club, a group of wealthy, turn-of-the-20th century businessmen who had a nearby lodge.

The road follows a (usually) dry creek bed though, after a good rain, it can be wet and wild going. Soon after passing a junction with the Lost Cabin Trail, you’ll reach the M*A*S*H site.