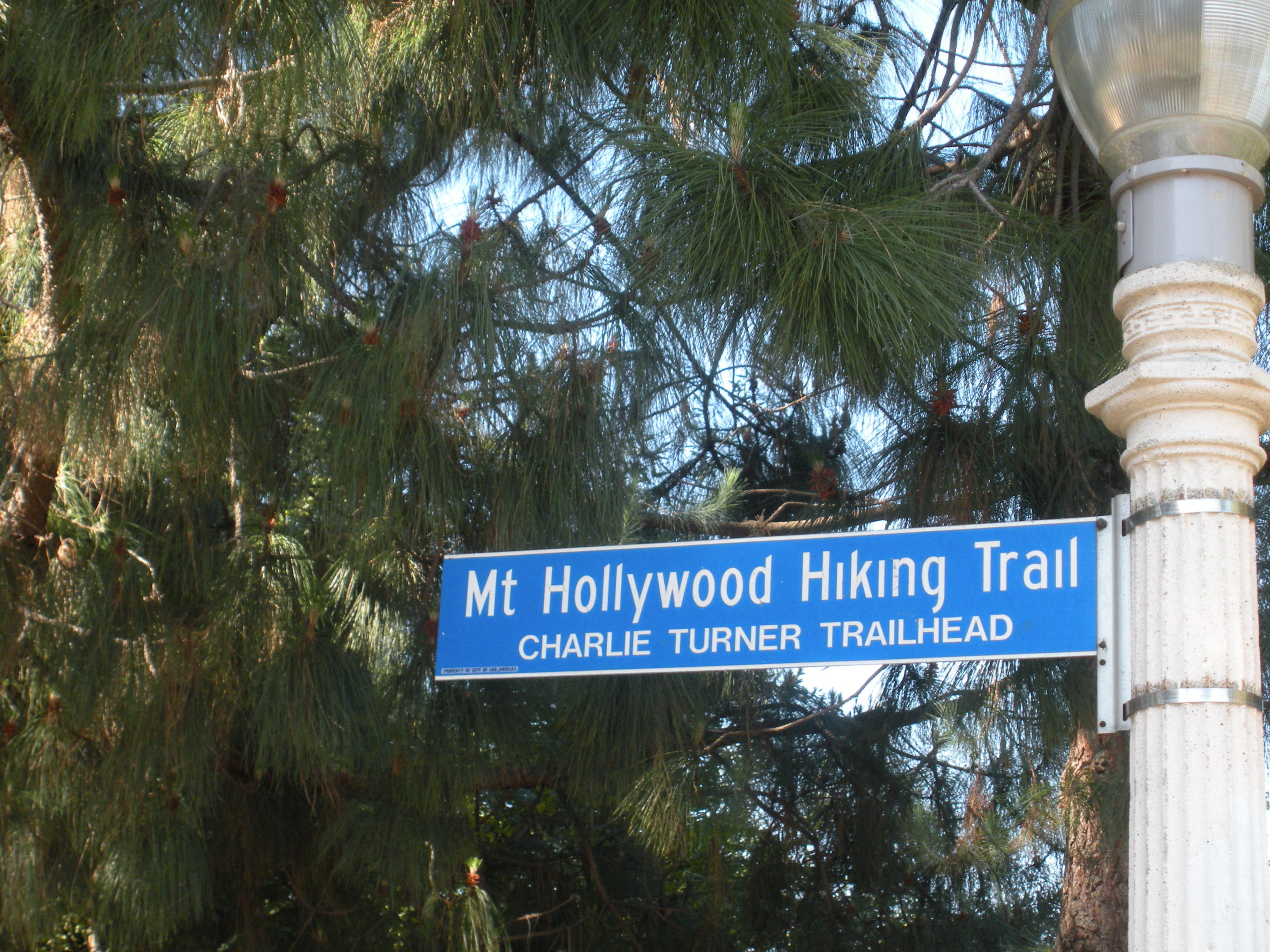 Griffith Park’s best-known hike leads to the top of 1,625-foot Mount Hollywood, the park’s premiere peak. Mount Hollywood is not the mountain crowned by the historic Hollywood sign; however, the Mount Hollywood Trail to it delivers great views of Mt. Lee and the bold HOLLYWOOD lettering across its summit. Mount Hollywood can be hiked by way of several different trails but the route from Griffith Observatory is by far the most popular.

On clear days the entire basin is spread out before you from the San Gabriel Mountains to the Pacific Ocean. Sometimes mounts San Gorgonio, Baldy and San Jacinto can be seen. The view at night can be spectacular, too.

Griffith Observatory opened to the public in 1935 and has been a cultural institution, tourist attraction and L.A. landmark ever since. Closed in 2002 for an extensive renovation, the observatory reopened in 2006, retaining its Art Deco exterior and adding all new exhibits and a theater. 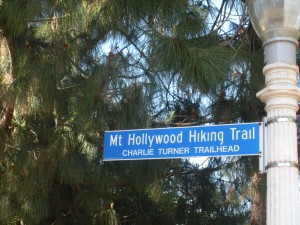 The trailhead for Mount Hollywood is named for longtime park volunteer Charlie Turner.

Artist-writer Dante Orgolini, an immigrant of Italian descent, began planting a two-acre retreat of pine, palm and pepper trees high on the south-facing slope of Mt. Hollywood in 1965. British-born retired insurance agent Charlie Turner took over as caretaker in 1978 after Orgolini’s death and, for the next 15 years, until he was nearly 90, hiked to the garden virtually every morning to tend the plants. The trailhead for Mount Hollywood is named for Turner.

From Los Feliz Boulevard, take Vermont Avenue into the park. Follow signs to the observatory and park in the north end of the lot farthest from the observatory near the signed and landscaped Charlie Turner Trailhead. 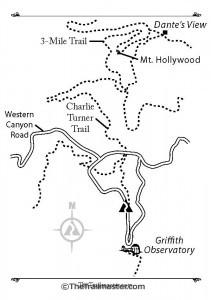 A brief ascent along the narrow ridgeline dividing Vermont Canyon on the east and Western Canyon on the west leads to Berlin Forest. Among the trees planted by L.A.’s German sister city officials, is a whimsical sign pointing northeast to Berlin, 6,000 miles away.

The path traverses the top of the Vermont Canyon Road tunnel and about 0.9 mile out reaches a four-way junction on the brushy shoulder of Mount Hollywood. The left branch loops around the west side, the right around the east side.

Ascend the right (east) branch of the Mount Hollywood Trail to Dante’s View, where a water fountain and picnic tables suggest a rest stop for hikers. Dedicated volunteers maintain the garden. Continue the short distance to the top of Mt. Hollywood and enjoy the view.

Return the way you came or descend the western loop of the Mt. Hollywood Trail past Captain’s Roost, a rest stop, to a junction with Charlie Turner Trail.