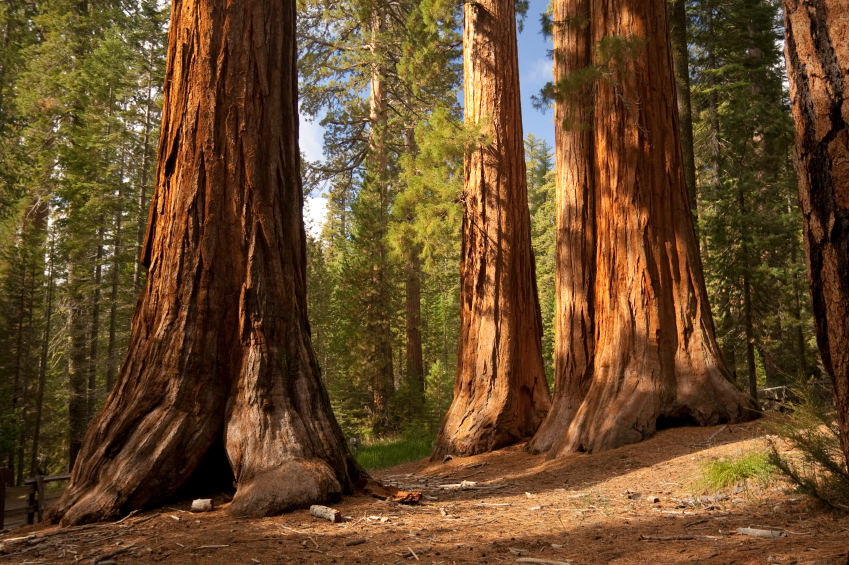 Come for the sequoia, stay for the Sierra. And take a hike in Sequoia and Kings Canyon National Parks.

If you only drive through you’ll be disappointed: Sequoia and Kings Canyon have the superlative scenery and postcard views found in the country’s most noted national parks, but you have to hike to find them.

What can you expect on a hike?

For a great preview of hiking trails in Sequoia National Park check out Nature Valley Trail View. Creators of the site used a camera positioned above a hiker to gather 360-degrees of images from along the trail. The site is sponsored by Nature Valley, maker of the best-selling granola bars, and a longtime supporter of national parks.

Visitors can zoom in on park maps to get panoramic views of 50 miles trail in Sequoia National Park. Similar to Google Street View, which gives a pedestrian’s eye view of cities, the site allows you to “walk” forward or backward and to gaze off in any direction.

Hike in the company of giants in Sequoia and Kings Canyon National Parks.

Naturally the groves of sequoia are the primary draw to both namesake Sequoia National Park and to Kings Canyon National Park. “Noblest of a noble race,” is how the great naturalist John Muir described the trees, biggest on earth, and the prime reason for the formation of the parks. General Sherman, standing 274 feet tall and measuring 36.5 feet in diameter at the base of its massive trunk, is the largest of the large trees.

Scenic 46-mile-long Generals Highway connects the national parks and offers access to the most popular sequoia groves, but auto travel is restricted to lower and middle elevations, so if you want to fully experience the park you need to hike into the Sierra Nevada high country.

Long-distance backpacking expeditions aren’t required to reach many of the alpine charms of Sequoia and Kings Canyon national parks. Where the road ends, an extensive trail system begins and many of the parks’ most compelling natural attractions—waterfalls, rivers, lakes, vista points and remote sequoia groves—can be reached by easy, moderate and all-day hikes.

The groves are great, but it’s possible to take many hikes in Sequoia and Kings Canyon national parks without sighting a single sequoia. Hillsides with chaparral and dotted with oaks aren’t exactly rare in California but the California Foothills ecosystem in the lower elevations around Ash Mountain in Sequoia National Park is the only one in the nation under National Park Service protection. Some foothill trails, including footpaths along forks of the Kaweah River, can be hiked all year around.

Mineral King, a gorgeous, avalanche-scoured valley ringed by rugged 12,000-foot peaks, is another area irresistible to hikers. Views from atop the Great Western Divide and the many lakes hidden in glacial cirques compel hikers to return summer after summer.

The hiking season for much of Sequoia and Kings Canyon national parks is a fairly short one. Middle elevations—5,000 to 9,000 feet—are often snow-covered from November through May. In Mineral King, and higher in the High Sierra, the season can be even shorter.

If you have only one day (promise yourself to return soon when you have more time!), drive from Grant Grove to Giant Forest or vice-versa and hike amidst the magnificent sequoia in each locale.
Ideally, the hiker needs at least three days to get a fair sampling of Sequoia-Kings Canyon National Parks. Take in the sequoia groves on the first day, on the second day, head for the high country (Lakes Trail is a good choice) and on the third day, take a hike in Mineral King.

More than one million visitors per year pass through the parks, and major trails are well-traveled during the summer, but I’ve rarely felt overwhelmed by humanity when hiking in Sequoia and Kings Canyon national parks. Many hikers have told me they have found quiet and tranquility on the trail to the park’s natural treasures—provided, of course, you avoid tourist-trafficked hot spots such as Moro Rock and General Sherman Tree.

When I hit the trail in Sequoia and Kings Canyon national parks, I feel as if I’m living large and hiking larger: the trees are huge, the mountains high, the canyons deep and the trail system is quite extensive—a well-maintained network of more than 800 miles. The parks offer hundreds of thousands of acres of untouched Sierra high country, of which more than 90 percent is designated wilderness. If you’re a hiker, that’s a dream come true.

Hike smart, reconnect with nature and have a wonderful time on the trail.