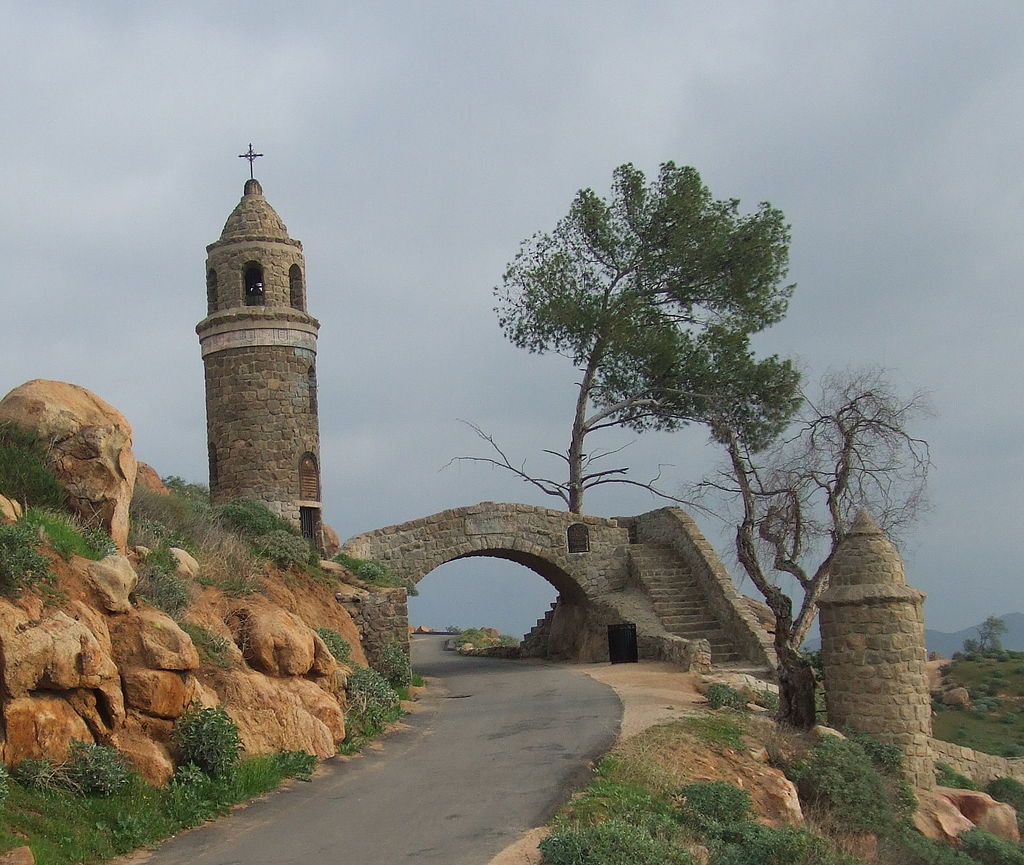 Mount Rubidoux, the isolated, 1,337-foot high granite hill towering above the Riverside’s western edge has long been a landmark to travelers and residents alike. By some accounts, the nation’s first Easter sunrise service took place atop Rubidoux in 1909 when about 100 people hiked up the mountain; in 1926, 20 thousand gathered. 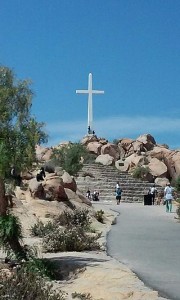 You can take a 3-mile loop hike (with 500-foot elevation gain) around the mountain named for a 19th-century owner, wealthy ranchero Louis Robidoux.

Frank Miller, owner of the Mission Inn, purchased the mountain in 1906 with the intention of using it as an attraction to sell residential lots at its base. Developers constructed the road up Rubidoux as a “trail of shrines,” an ascent past monuments of famous men to a long white cross.

Today’s pilgrim views an eclectic assortment of monuments and memorials, including Peace Tower and Friendship Bridge. Local hikers access the mountain (closed to vehicles since 1992) from several trailheads, but the best route for first-time Rubidoux ramblers is by way of the Ninth Street gate. Sunset hikes are awesome.

Pass through the entry gate and walk along a landscaped lane past pepper trees, eucalyptus and huge beavertail cactus. After 0.3 mile of southbound travel, the road makes a tight turn north and nearly intersects the downward leg of Mt. Rubidoux Road, which makes a similar hairpin turn from north to south. Note this junction because on the return journey you’ll need to cross from one leg of the road to the other to close the loop.

The road ascends rather bare slopes, dotted with brittlebush, mustard and century plant. Lupine and California poppies brighten the way in spring. After passing a memorial to Henry E. Huntington, “man of affairs, large in his bounty, yet wise,” the road bends west, then south. City views are exchanged for more rural ones, including the Santa Ana River that gave Riverside its name. The main Mount Rubidoux road junctions a circular summit road, which you’ll join to see the sights – the Peace Tower, Friendship Bridge and plenty of plaques. 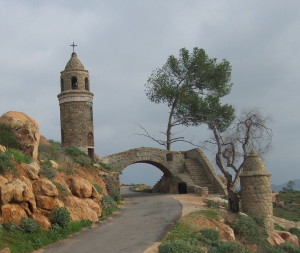 From the Cross or from one of the peak’s other fine vista points, partake of the 360-degree panorama of great mountains and metro-Riverside. Return to the main Mt. Rubidoux Road for a short (0.75 mile) descent that loops south, east, then back north. Just as this downward leg bends sharply south, leave the road and step over to the other road leg that you used to ascend the mountain. Retrace your steps a final 0.3 mile back to Ninth Street.

From the Riverside Freeway (91) in Riverside, exit on University Avenue and head west through downtown to Redwood Drive. Turn left, travel 1 block, turn right on Ninth Street, and proceed two more blocks to this hike’s start on the left.