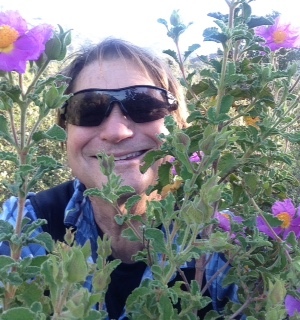 Rattlesnake Canyon Trail is serpentine, but otherwise far more inviting than its name.

The joys of hiking the canyon were first promoted by none other than the Santa Barbara Chamber of Commerce. In 1902 the chamber built “Chamber of Commerce Trail,” an immediate success with both tourists and locals, though both trail and canyon continued to be called Rattlesnake.

In the 1960s, the city of Santa Barbara purchased the canyon as parkland. A handsome wooden sign at the foot of the canyon proudly proclaims: Rattlesnake Canyon Wilderness.

The canyon was severely burned in the Tea Fire of November 2008, but the chaparral community in particular has recovered quite well from the devastation. Red-berried toyon, manzanita with its white urn-shaped flowers, and purple hummingbird sage cloak the slopes.

DIRECTIONS TO THE RATTLESNAKE CANYON TRAILHEAD

In Santa Barbara, follow State Street to Los Olivos Street. Head east and proceed a half mile, passing by the Santa Barbara Mission and joining Mission Canyon Road. Follow this road past its intersection with Foothill Road and make a right on Las Canoas Road, continuing to the trailhead, located near the handsome stone bridge that crosses Rattlesnake Creek. Park alongside Las Canoas Road. 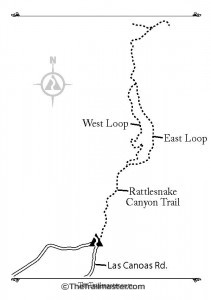 From the Rattlesnake Canyon Wilderness sign, head north and soon rock-hop across the creek. A brief ascent leads to a trail that parallels the east side of the creek.

After a half mile, an unsigned trail veers off to the right. (One of The Trailmaster’s favorite byways, this narrow path leads along and above the east bank of Rattlesnake Creek and reunites with the main trail in about a mile.)

Soon after the junction, the main trail draws near the creek and crosses it. The path then ascends past remnants of a small stand of planted pines and into the open for good vistas of coast and ocean. Continue to a creek crossing and notice (you can’t miss it, really) a large flat rock in the middle of the creek known by locals as “Lunch Rock.” 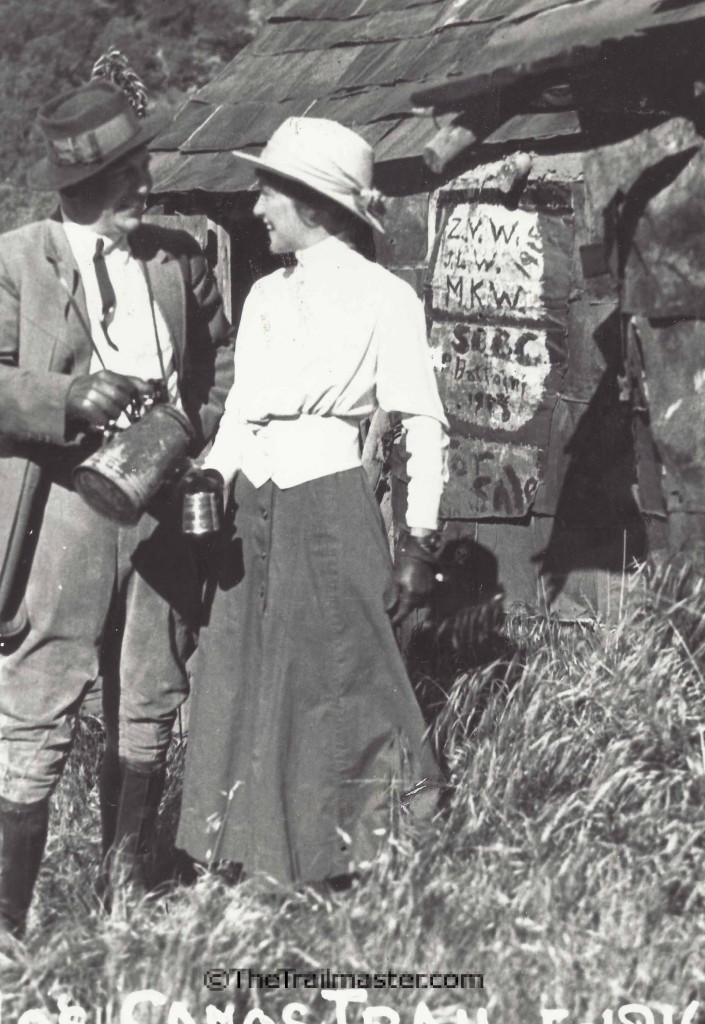 Let’s have coffee! These happy hikers visited Tin Can Shack in Rattlesnake Canyon in 1916.

The trail crosses the creek again, continuing along the west bank to open, grassy Tin Can Meadow, named for a homesteader’s cabin constructed of chaparral framing and kerosene can shingles and sidings. For the first quarter of the 20th century, Tin Can Shack was a canyon landmark, mentioned in guidebooks of that era. A 1925 brushfire destroyed the shack.

The apex of the triangular-shaped meadow is a junction. The trail bearing left leads 0.75 mile and climbs 500 feet to an intersection with Tunnel Trail. To the right, Rattlesnake Canyon Trail climbs 0.75 mile and 500 feet to meet Gibraltar Road. The hiker’s reward is an unobstructed view of the South Coast.