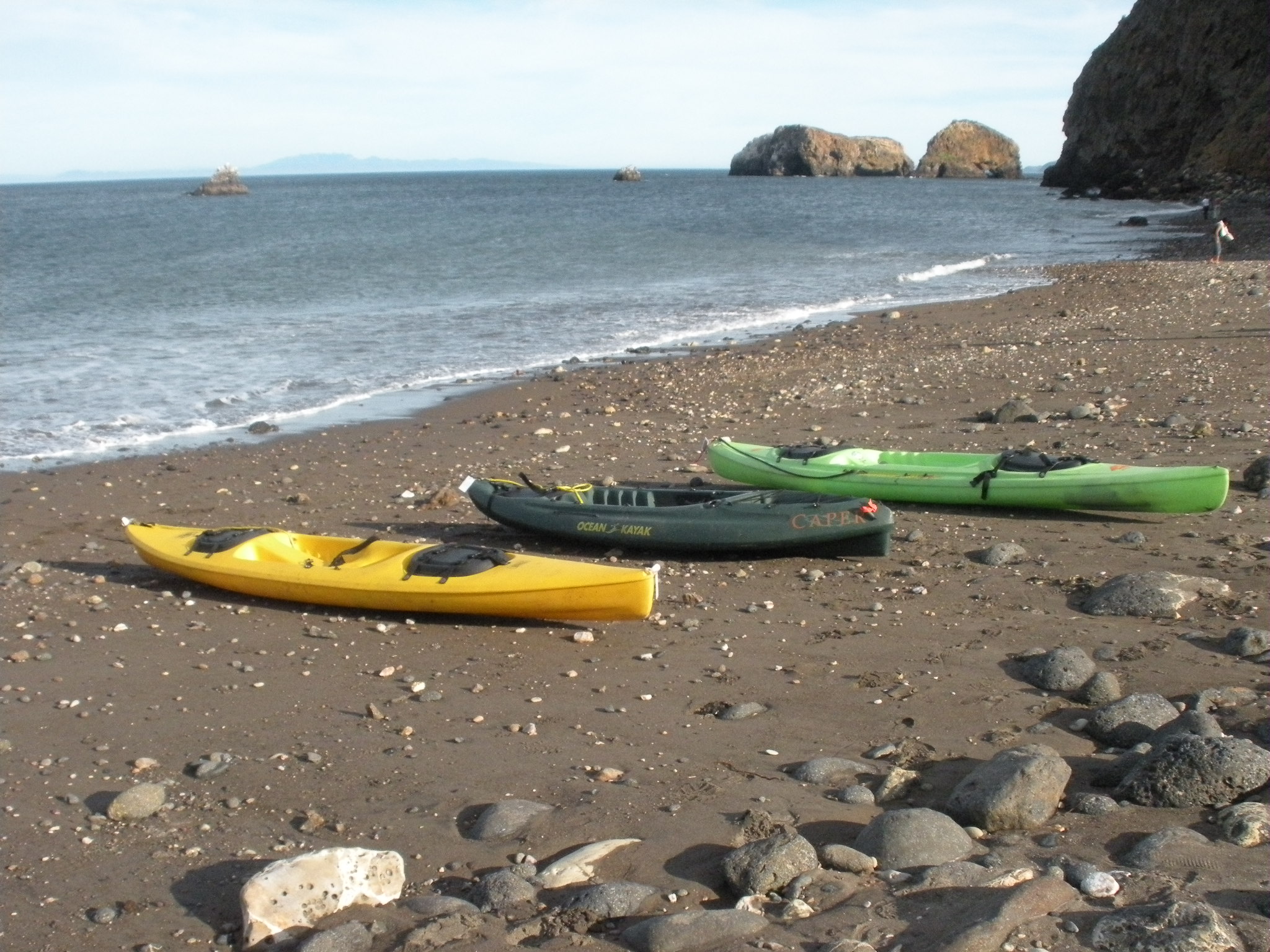 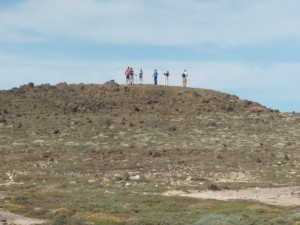 Day-trippers who board an Island Packers boat from Ventura Harbor and land at Scorpion Anchorage will typically have about five hours on Santa Cruz Island. Hikers have a choice of three trails, which can be combined to fashion hikes of various lengths. My favorites:

From Scorpion Anchorage to Cavern Point is 1.2 miles round trip with 300-foot elevation gain

The short, but steep, climb on Cavern Point Trail leads the hiker to a stunning viewpoint. Look for seals and sea lions bobbing in the waters around the point, as well as cormorants, pigeon guillemots and black oyster-catchers swooping along the rugged volcanic cliffs. 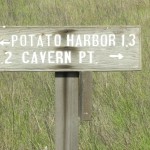 From Scorpion Anchorage to Potato Harbor is 4.5 miles round trip with 300-foot elevation gain

The jaunt to Potato Harbor begins on a right-forking road just beyond the upper end of the campground. After a heart-stirring half-mile climb, the road levels and heads west.

This hike parallels the mainland coast so it’s fun to look back at the cities and civilization you left behind—a unique perspective indeed. Two miles out a spur trail leads oceanward to an overlook of the distinctly tater-shaped cove backed by rugged cliffs.

The signed dirt road to Smugglers Cove climbs east then west as it passes a cypress grove. At the two-mile mark, a spur trail leads to San Pedro Point, a worthy destination for the time-short hiker.

The road descends to an airstrip, then down to the beach. Note the century-old eucalyptus and olive trees in the vicinity of Smugglers Cove.

An optional return route is by way of Scorpion Canyon Trail, which travels through the habitat of the Santa Cruz scrub jay, a bird that’s about 30 percent bigger and a much brighter blue than its mainland cousin, and found nowhere else in the world.