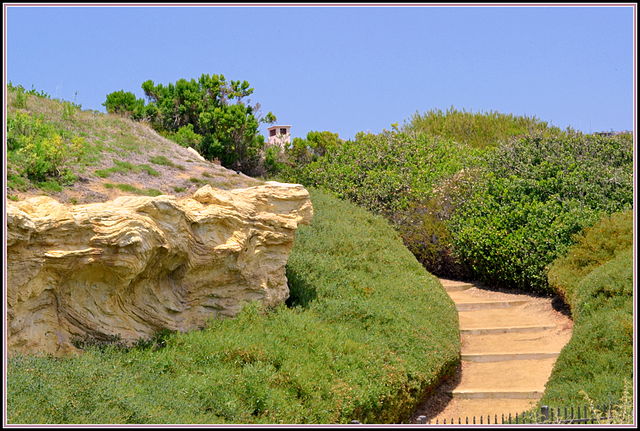 Between the Pacific Coast Highway and the wide blue Pacific, and between Laguna Beach and Newport Beach, lie the beautiful blufftops of Crystal Cove State Park. 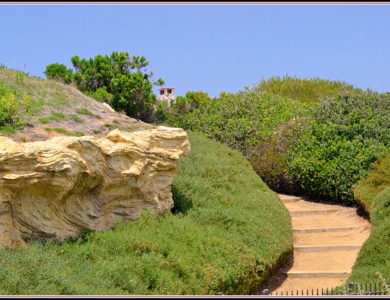 A paved, multi-use path extends along most of the 3.2-mile length of the bluffs. Eight connector trails—dirt and paved ones as well as a boardwalk—invite the explorer to leave the main route and explore tide pools, rocky coves and sand strands and check such intriguingly named topography as Pelican Point and Little Treasure Cove.

Be sure to visit the Crystal Cove Historical District. The funky wood-frame beach houses are in marked contrast to Newport Coast, the upscale community of luxury villas and custom homes arising on the inland side of the highway.

The beach cottages, were acquired by State Parks when the Crystal Cove area was set aside as parkland. Three-dozen cottages have been renovated and readied for rental to vacationers.

The beach at Crystal Cove attracts its share of surfers, swimmers and sun-bathers but still gives the feeling of being away from it all and by no means resembles one of SoCal’s mass use sandlots. 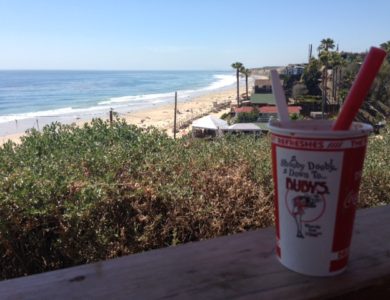 Park boundaries extend beyond the tideline A portion of Crystal Cove’s waters are protected in an underwater park, which attracts divers. Local conservationists planted kelp to provide habitat for the native marine life.

Bottlenose dolphins are frequently sighted in these waters and even been known to give birth here. The creatures form birthing circles, a marvelous natural drama to witness should you be so lucky.

The park’s Pelican Point Entrance boasts four parking lots, each with restrooms. At the Los Trancos entrance, a parking area on the inland side of PCH and a pedestrian tunnel leading under the highway facilitate access to the Crystal Cove Historical District.