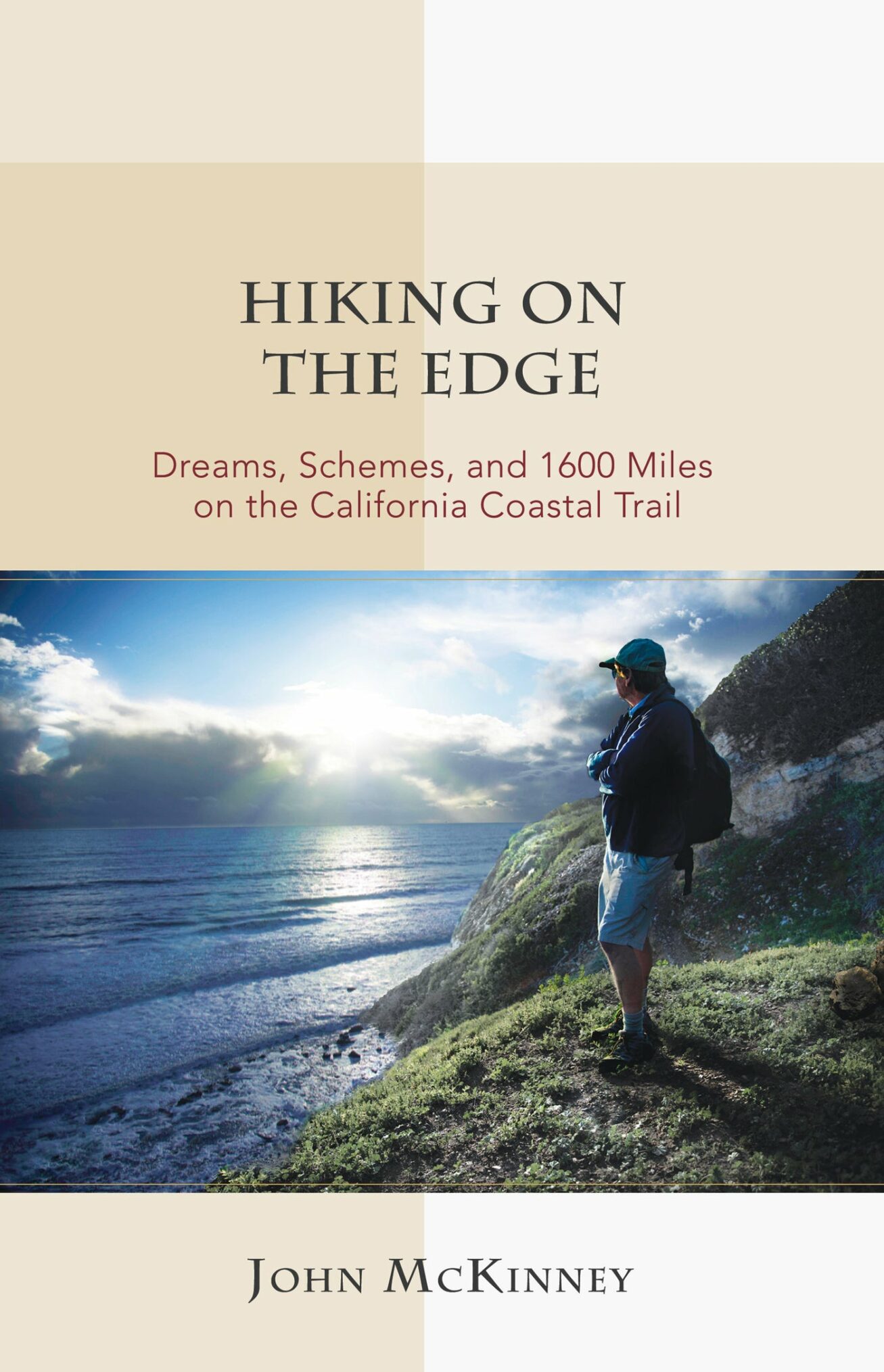 Hiking on the Edge

Dreams, Schemes, and 1600 Miles on the California Coastal Trail

Until John McKinney agreed to take his epic hike, no one had ever walked along the edge of the state to determine if a California Coastal Trail was even possible. Were the beaches passable at low tide? Could the bluffs be traveled without arrest for trespass? Could a trail be found through the rugged coastal mountains? The intrepid trailblazer found the answers to these questions – and to more profound ones that never occurred to him until he was on his challenging journey of discovery.

The natural beauty of the landscapes and seascapes exceeded his high expectations, but what he didn’t expect was hiking headlong into so many controversies on the edge of California: nature boutiqued, coastal access denied, bureaucracies run amok. Near and dear to his heart are the unforgettable people he met along the way, including the founding father of whale-watching, backcountry rangers, nuns praying for mercy for the redwoods and for us all.

A saga, a celebration, a comedy, and a lament, this narrative ranks with the classics of California travel literature.

“In spectacular prose both gentle and awe-inspiring, John McKinney tells the grand tale of the California coast like no one before him has done, leaving us on the edge of our seat throughout this entire collection. The stories themselves all end up serving as the first-ever map of the trail, and yet they become something far greater than the sum of the many destinations he describes, however rare and pristine and raw they may be: Hiking on the Edge is written by a true artist, written while wandering along the true edge of existence, exceeding all expectations and preconceived ideas, including his own, while looking into the great unknown.” -Thomas Rigler, Executive Producer, City Walk and California Coastal Trail (PBS)

“Powerful, edgy and often very funny, John McKinney memorably recounts his magnificent hike on the edge of the Golden State. Along the way, he shares the coast’s natural wonders, skewers corporations, developers and Coastal Act violators who don’t share his sense of stewardship, and reminds us of the need for constant vigilance to protect this extraordinary meeting of land and sea.” -Susan Jordan, California Coastal Protection Network