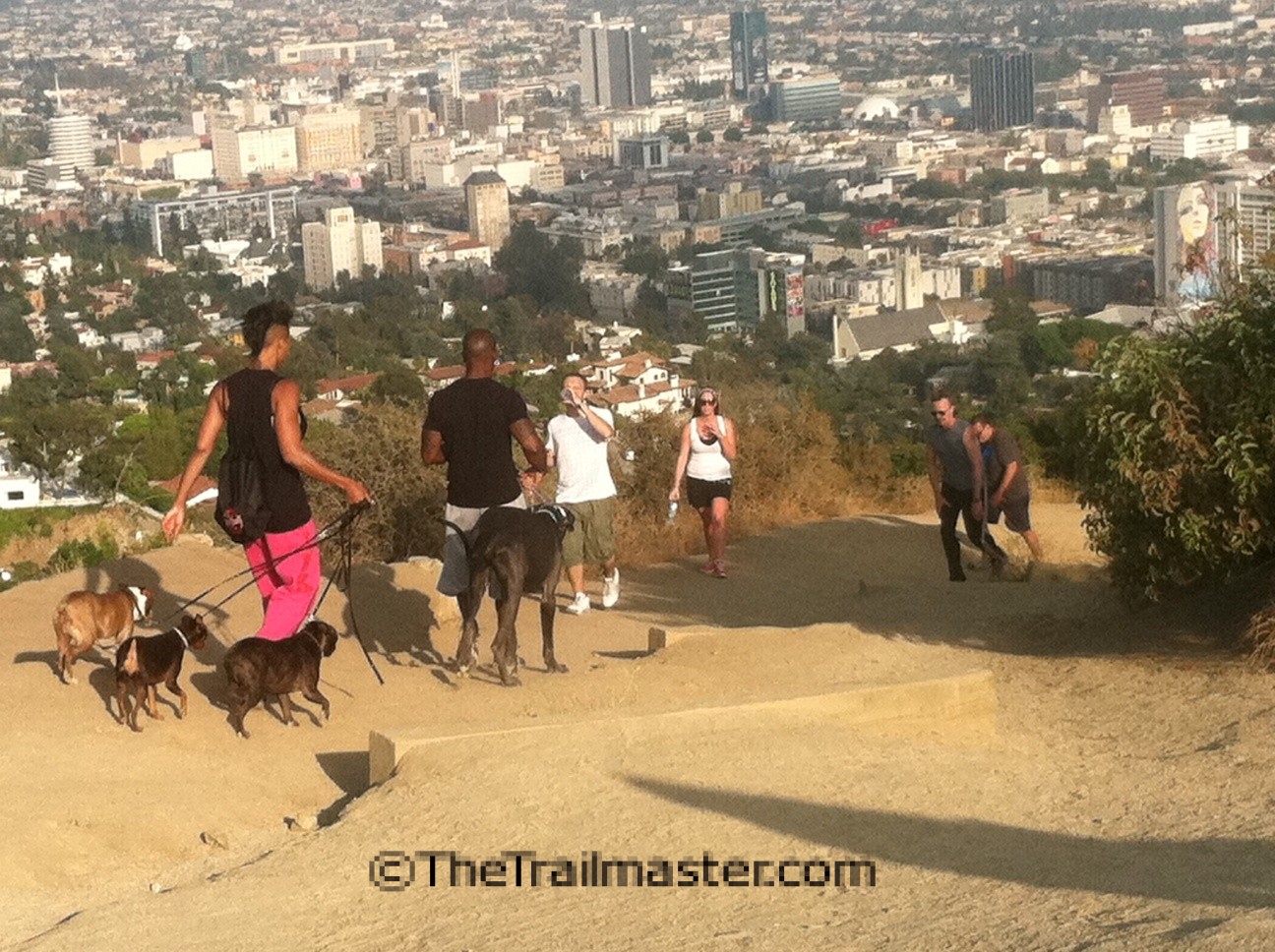 Runyon Canyon in the Hollywood Hills is a great place to hike. And perhaps the most popular trail in L.A. By some estimates, 35 thousand people visit Runyon Canyon every week. The canyon was closed for fourth months in 2016 for repair of a water main and was greatly missed by L.A. hikers!

No Man’s Canyon was the earliest name given to the deep arroyo that nature sculpted in the Hollywood Hills. A century-and-a-half ago, it was the wild domain of birds and rabbits, coyotes and lizards. 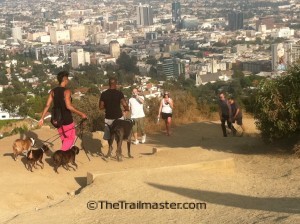 Runyon Canyon: Expect lots of two-legged and four-legged company on your hike.

Today Runyon Canyon Park is a great relief from the din of the city and a peaceful contrast to the hustle and bustle of nearby Hollywood and Sunset Boulevards. The canyon is an extremely popular place to run, hike and walk the dog—and it’s quite the social scene!

At day’s end, hundreds hit the trails and many of these after-work exercisers bring dogs. Count on lots of paws on the pathways and watch where you step.

Runyon Canyon’s unusual group of owners began with “Greek George” Caralambo, who in 1867 received title to it as a reward for his service as leader of the Army Camel Corps. Coal magnate Carmen Runyon bought the canyon in 1919 and built a hunting lodge.

From the Hollywood Freeway in Hollywood, exit on Highland Avenue and head south past the Hollywood Bowl to Franklin Avenue. Turn west on Franklin and drive 0.3 mile to Fuller Avenue. Turn right and proceed a short distance to road’s end at The Pines entrance gate to Runyon Park. Street parking is where you find it. 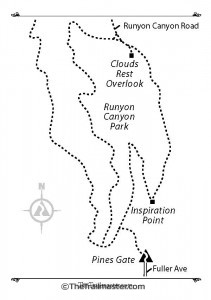 From the wrought-iron gate, enter Runyon Canyon Park and angle left at the first opportunity. Curve along the park’s south boundary to a second junction. Note the left fork trail (excellent longer hike option) and instead join the asphalt road ascending along the west canyon wall and begin a clockwise tour.

Bear right on the narrow dirt road and descend along the steeply pitched east wall of the canyon. The trail, too, gets quite steep as it descends to Inspiration Point for great views of Hollywood, and drops to the canyon floor. Walk the canyon bottom back to the trailhead.