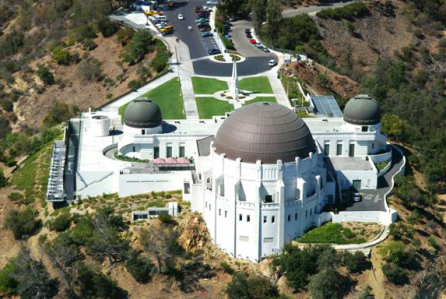 Introduction from the Trailmaster

Griffith Park will always have a special place in my heart. I was born in Glendale, only a mile away from the park’s eastern boundary. My parents introduced me to park trails at a very tender age; by their recollection, the sojourn to Bee Rock was my first hike. 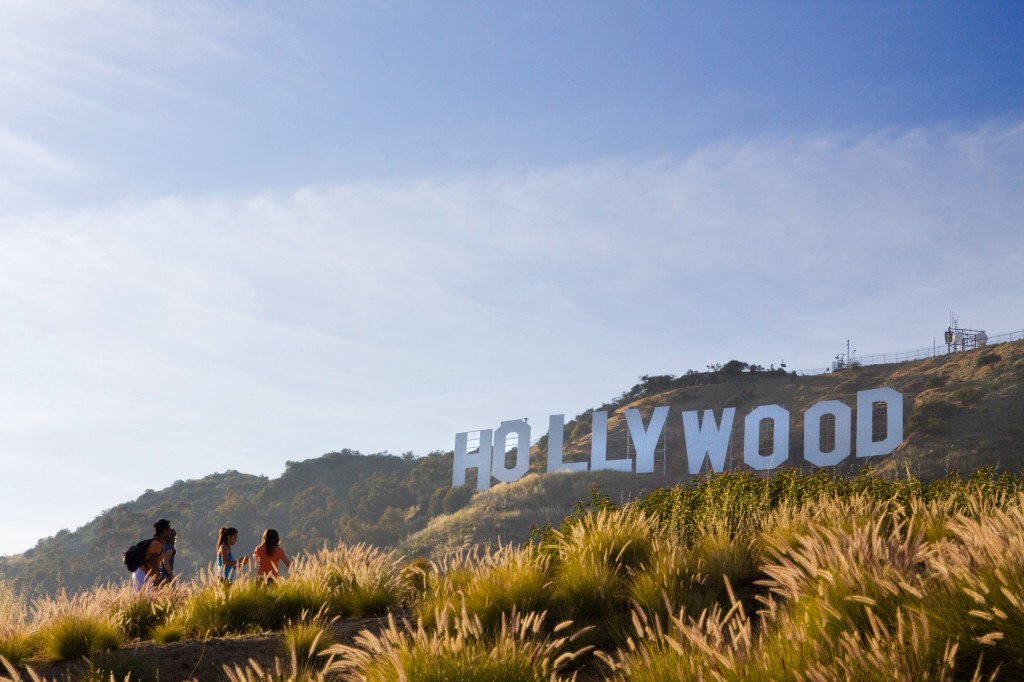 The Hollywood Sign: even bigger than you thought when you hike up to it.

While I can’t say I remember hikes taken at three and four years old, I have fond memories of hiking Griffith Park in the many years since: as a Boy Scout, during my college days at the University of Southern California, on Sierra Club-led hikes. I introduced my own children, teenagers now, to the pleasures of hiking in the park, and have always enjoyed taking out-of-town guests from across the country and around the world up to Mt. Hollywood and of course the HOLLYWOOD Sign.

I’ve often hiked for pleasure—and for business, too. It seems Griffith Park is a very convenient location for reporters to interview a hiking expert and The Trailmaster has shared his expertise about hiker safety, the best trails in L.A., hiking for good health and many more topics while walking park trails. During my 18-year stint as the Los Angeles Times hiking columnist, I often wrote stories about Griffith Park trails and these accounts proved to be among the most popular with readers. 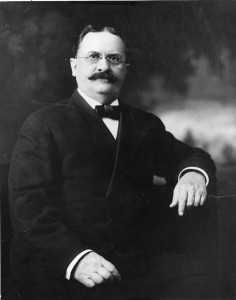 Industrialist and philanthropist Griffith J. Griffith, quite the colorful character, donated land to the city of Los Angeles for a park.

Hiking Griffith Park and the Hollywood Hills has been a favorite pastime for Angelenos for more than 100 years. By some accounts, members of the Sierra Club’s Angeles Chapter have been leading hikes in Griffith Park since the 1940s.

The attraction of hiking the hills has long been getting away from it all without having to travel far to do so. And it continues today. Centrally located it is, but no one who is a hiker would refer to Griffith Park as the “Central Park of Los Angeles;” Griffith is much larger, much wilder and much more rugged than its New York City counterpart.

“Life seems healthier and slower-paced in this nearby wilderness,” wrote Mike Eberts, avid hiker and author of Griffith Park: A Centennial History. “Twigs, not tempers, snap here. It’s quite a contrast from a surrounding city that often seems tense, dense, polluted and pooped.”

Many of the park’s most colorful figures have praised the wonders of this natural haven in the midst of the metropolis. It was an honor and a privilege for me to walk with and talk with Griffith Park legends Charlie Turner (Dante Orgolini’s longtime successor as caretaker of Dante’s View) and botanist-ranger-historian extraordinaire Bill Eckert. I’ll always remember the founder of Amir’s Garden, Amir Dialameh, who lived by the motto: “In the land of the free, plant a tree.”

“My secrets to a healthy and happy life…” Amir revealed to me one day as he tended his garden on the shoulder of Mt. Hollywood. “Being out in nature at least five days a week, staying away from doctors and lawyers, and hiking, lots of hiking.”

Outside the boundaries of Griffith Park, several other locales in the Hollywood Hills beckon the hiker. “Hollywood Hills,” the affluent neighborhood, measures just seven square miles, but the hills available for hiking are much more extensive and extend all the way from the western boundary of Griffith Park to…? 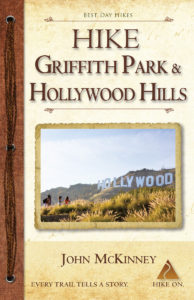 Good question! Where do the Hollywood Hills “end” and the Santa Monica Mountains “begin?” Of course “Hollywood Hills” is just another name for the eastern portion of the Santa Monica Mountains; the difference in names is really about historical usage and cultural identification rather than geography. Certainly no official boundary line marks the two.

Feel free to disagree if you think I wrongly assigned trails in Wilacre Park in the wilds of Studio City or Franklin Canyon in the Beverly Hills backcountry to the Hollywood Hills. Be assured, though, that The Trailmaster has covered his bets and all the best trails in the range are described in this guide’s sister publication, HIKE the Santa Monica Mountains.

The Hollywood Hills are known to millions around the world for the presence of the HOLLYWOOD Sign. Many tourists, hikers and not, mistakenly believe the iconic landmark rests atop Mt. Hollywood in Griffith Park rather than on the summit of nearby Mt. Lee outside the park. I always enjoy the smiles on the faces of visitors as they make the pilgrimage to the top of the sign. 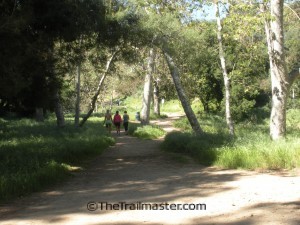 From Griffith Park’s Vermont Canyon entrance, the trail leads through a sycamore grove.

Trails in Griffith Park and in the parks scattered over the Hollywood Hills lead over similar terrain, but the hiking experience can be different. Griffith is one large park administered by one agency, the City of Los Angeles Department of Recreation and Parks. Elsewhere in the Hollywood Hills, the parks and preserves are much smaller and overseen by a number of (sometimes overlapping) land managers.

Most Griffith Park trailheads boast convenient, sufficient (and free!) parking, while outside the park, parking is scarce (near Runyon Canyon Park) or requires a fee (Fryman Canyon). Griffith Park has a uniform set of rules; rules vary in other parks—dogs/no dogs for example.

Along with the natural attractions and more than 100 miles of hiking trails, I’m attracted to Griffith Park and the Hollywood Hills for three more reasons: the variety of vistas, the connection to the film industry and the diversity of hikers met along the way.

The summit of Mt. Hollywood (1,625 feet) provides an extraordinary vantage point for clear-day views of Mt. Lee and the bold HOLLYWOOD lettering across its summit, plus the entire Los Angeles Basin from the San Gabriel Mountains to the Pacific Ocean. The view at night can be spectacular, too; Mt. Hollywood is one of the most popular night-hiking destinations in the city. I love the views from Beacon Hill, Glendale Peak, Fryman Overlook and Inspiration Point atop Runyon Canyon.

Ever since pioneer silent filmmaker D.W. Griffith (no relation to park founder Colonel Griffith J. Griffith) filmed the battle scenes for his epic “Birth of a Nation” in the park in 1915, Griffith Park has been a popular location for movies. Annually, Griffith Park is often the busiest destination in Los Angeles for on-location filming.

The park has a lot of different “looks”—and with moviemaker magic can be made to mimic locales around the world. By now, virtually every nook and cranny in the park has appeared in a commercial, film or TV show. Production crews love to shoot scenes here, particularly because the park is so close to studios in Burbank and Hollywood. 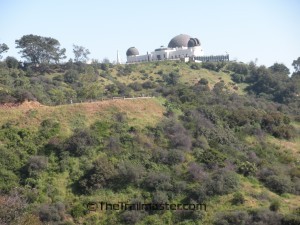 Observe Griffith Observatory from many different angles on your hikes through Griffith Park.

For film fans, it’s fun to hike past Griffith Observatory and recall scenes from “The Terminator” or that 1955 James Dean classic, “Rebel Without a Cause.” Or hike to and through Bronson Caves, used in that campy sci-fi flick, “Invasion of the Body Snatchers,” the John Wayne western, “The Searchers,” and as the Bat Cave in the Batman TV series of the 1960s. The HOLLYWOOD Sign has been featured in dozens of films, beginning with “Hollywood Boulevard” in 1935 and including “The Day of the Locust,” “The Italian Job,” “Earthquake” and “Shrek II.”

I’m also delighted by the number of new hikers I meet on the trail: on work-out hikes in Wilacre Park, on nature hikes in Franklin Canyon, on hill climbs to Bee Rock, Cahuenga Peak and Getty View. And it’s wonderful to see such a diversity of hikers—of all ages, colors and ethnic backgrounds.

Hike smart, reconnect with nature and have a wonderful time on the trail.
Hike on.
—John McKinney

P.S. Check out HIKE Griffith Park and Hollywood Hills for more hikes in the area.